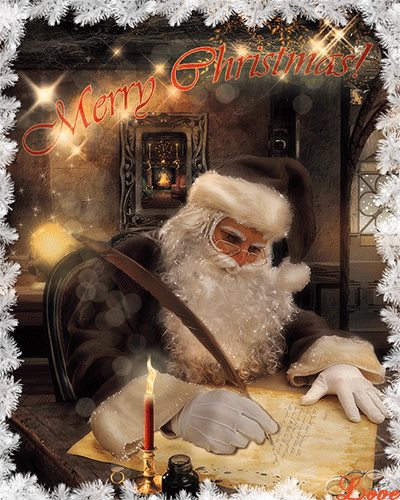 Santa Claus
Here's another one with a slew of legends associated with it.
Some say the jolly fellow descended from legends of the Norse god, Thor, who lived in the polar regions up north and came to our parts of the world on a sleigh that was driven by goats (or on a white horse, depending on the story) bringing coins and bread for the poor. He was said to dole out punishments to bad children and presents to well behaved children. (Knows if you have been naughty or nice?). Some say Santa is derived from pagan cultures worshipping a hearth god who wore red, entered the house through the chimney, blessed those who pleased him and cursed those who didn’t. Food was reportedly left out to appease this god.(milk and cookies of today?) Most accounts attribute the origins of Santa Clause to St. Nicholas who lived in Myra (known as Turkey, today) in the fourth century. Born an only child of a wealthy family, he was orphaned at an early age when both parents died of the plague, and grew up in a monastery, becoming one of the the world's youngest priests at the age of 17. Many stories are told of his generosity as he gave his wealth away in the form of gifts to those in need.
One of these stories is also probably where our tradition of Christmas Stockings comes from. According to legend, there was once a kindly nobleman whose wife became very ill. When she died, he and his three daughters fell into poverty and despair and when it came time for the daughters to marry, they had no dowries (money and property given to the new husband's family).
One night after the daughters had washed out their clothing, they hung their stockings over the fireplace to dry. That night Saint Nicholas, knowing the family's hardship, stopped by the nobleman's house. Looking in through the window, he saw that everyone had gone to bed and noticed the daughters stockings at the hearth. He took three small bags of gold from his pouch and threw them one by one down the chimney landing (by some kind of miracle of physics *smile*) in the stockings.(Another version has him coming in through the window, which is a little more plausible).
The next morning when the daughters awoke, they found the gold in their stockings. The nobleman was able to see his three daughters marry and everyone lived happily ever after.
Some years later Nicholas became a bishop and, after his death, he was elevated to sainthood. Eventually, when the Catholic Church began celebrating Christmas, St. Nicholas was incorporated into the season, but when the Reformation took place, the new Protestants no longer desired St. Nicholas as their gift-giver since he was so closely tied to the Catholic Church. Therefore, each country or region developed their own gift-giver. In France he was known as Pere Noel. In England he was Father Christmas (depicted with sprigs of holly, ivy or mistletoe). Germany knew him as Weihnachtsmann (Christmas man). When the communists took over in Russia and outlawed Christianity, the Russians began calling him Grandfather Frost(wearing blue instead of the traditional red). To the Dutch, he was Sinterklaas (which eventually was mispronounced in America as Santa Claus) who rode into town on a white horse, accompanied by his Moorish sidekick, Blackpieter or Black Peter(who, leaping from rooftop to rooftop throwing gifts down chimneys, was probably the forerunner of the Santa's elves today). All early 'Santas' had long white beards and carried gifts for the children.
In 1809, American writer Washington Irving created a new version of the old Saint Nicholas, describing him as a jolly Dutchman who smoked a pipe, wore baggy pants, and rode over the treetops in a horse-drawn wagon dropping gifts down chimneys.
Then in 1823, Clement C. Moore wrote the famous poem, "A Visit From St. Nicholas," now known as "The Night Before Christmas."describing him as the jolly fellow we know today, and trading in his horse and wagon for a sleigh and reindeer.( You can read the poem here.) In 1863, illustrator Thomas Nast solidified this image of Santa Claus by drawing him as Moore had described him and giving him a home in the North Pole. These illustrations apeared in the Harper's Weekly magazine for 23 years.
Finally, from 1931 to 1964, Haddon Sundblom created a new Santa each Christmas for Coca-Cola advertisements that appeared all over the world. Having a long white beard, wearing a red suit trimmed with white fur, leather boots and belt, and carrying a pack of toys on his back, he's become the modern version of Santa we know today 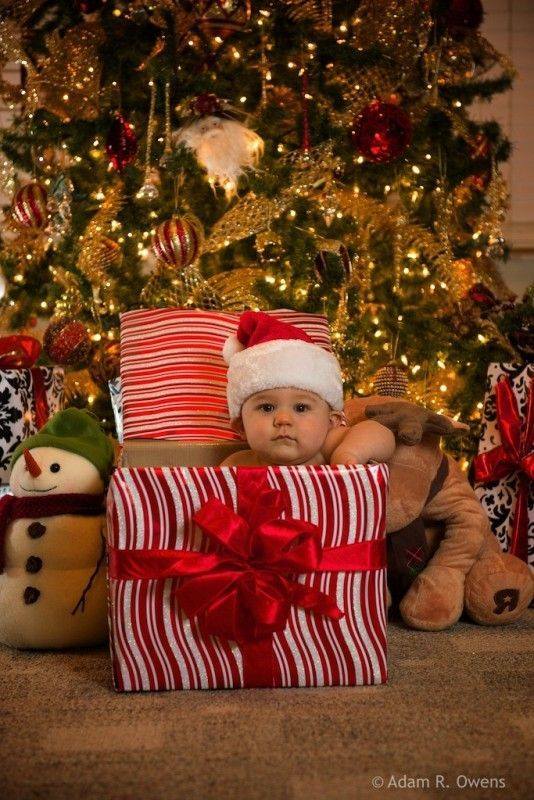 Barbara left a comment for Theresa F Koch
6 hours ago

Barbara left a comment for Marie Bolt
6 hours ago

chipp left a comment for Diamond Love
8 hours ago

chipp left a comment for Theresa F Koch
8 hours ago

chipp left a comment for Ildiko Figder
8 hours ago

chipp left a comment for MARGARIDA MARIA MADRUGA
8 hours ago