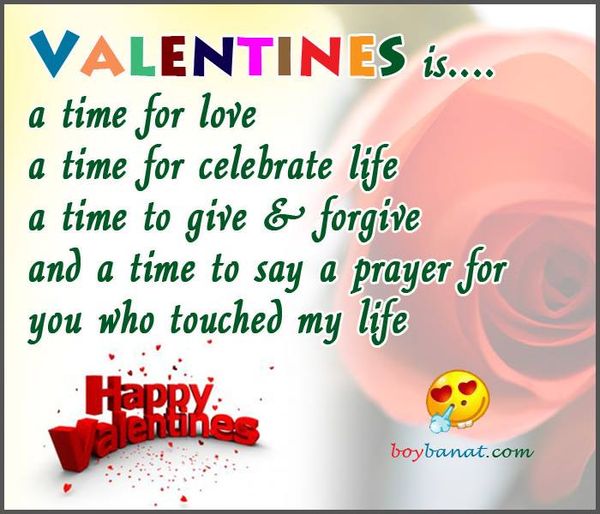 History of Saint Valentine's Day
Under the rule of Emperor Claudius II Rome was involved in many bloody and unpopular campaigns. Claudius the Cruel was having a difficult time getting soldiers to join his military leagues. He believed that the reason was that roman men did not want to leave their loves or families. As a result, Claudius cancelled all marriages and engagements in Rome. The good Saint Valentine was a priest at Rome in the days of Claudius II. He and Saint Marius aided the Christian martyrs and secretly married couples, and for this kind deed Saint Valentine was apprehended and dragged before the Prefect of Rome, who condemned him to be beaten to death with clubs and to have his head cut off. He suffered martyrdom on the 14th day of February, about the year 270.
St. Valentine's Story
Let me introduce myself. My name is Valentine. I lived in Rome during the third century. That was long, long ago! At that time, Rome was ruled by an emperor named Claudius. I didn't like Emperor Claudius, and I wasn't the only one! A lot of people shared my feelings.
Claudius wanted to have a big army. He expected men to volunteer to join. Many men just did not want to fight in wars. They did not want to leave their wives and families. As you might have guessed, not many men signed up. This made Claudius furious. So what happened? He had a crazy idea. He thought that if men were not married, they would not mind joining the army. So Claudius decided not to allow any more marriages. Young people thought his new law was cruel. I thought it was preposterous! I certainly wasn't going to support that law!
Did I mention that I was a priest? One of my favorite activities was to marry couples. Even after Emperor Claudius passed his law, I kept on performing marriage ceremonies -- secretly, of course. It was really quite exciting. Imagine a small candlelit room with only the bride and groom and myself. We would whisper the words of the ceremony, listening all the while for the steps of soldiers.
One night, we did hear footsteps. It was scary! Thank goodness the couple I was marrying escaped in time. I was caught. (Not quite as light on my feet as I used to be, I guess.) I was thrown in jail and told that my punishment was death.
I tried to stay cheerful. And do you know what? Wonderful things happened. Many young people came to the jail to visit me. They threw flowers and notes up to my window. They wanted me to know that they, too, believed in love.
One of these young people was the daughter of the prison guard. Her father allowed her to visit me in the cell. Sometimes we would sit and talk for hours. She helped me to keep my spirits up. She agreed that I did the right thing by ignoring the Emperor and going ahead with the secret marriages. On the day I was to die, I left my friend a little note thanking her for her friendship and loyalty. I signed it, "Love from your Valentine."
I believe that note started the custom of exchanging love messages on Valentine's Day. It was written on the day I died, February 14, 269 A.D. Now, every year on this day, people remember. But most importantly, they think about love and friendship. And when they think of Emperor Claudius, they remember how he tried to stand in the way of love, and they laugh -- because they know that love can't be beaten!
Valentine Traditions
Hundreds of years ago in England, many children dressed up as adults on Valentine's Day. They went singing from home to home. One verse they sang was:
Good morning to you, valentine; Curl your locks as I do mine --- Two before and three behind. Good morning to you, valentine.
In Wales wooden love spoons were carved and given as gifts on February 14th. Hearts, keys and keyholes were favorite decorations on the spoons. The decoration meant, "You unlock my heart!"
In the Middle Ages, young men and women drew names from a bowl to see who their valentines would be. They would wear these names on their sleeves for one week. To wear your heart on your sleeve now means that it is easy for other people to know how you are feeling.
In some countries, a young woman may receive a gift of clothing from a young man. If she keeps the gift, it means she will marry him.
Some people used to believe that if a woman saw a robin flying overhead on Valentine's Day, it meant she would marry a sailor. If she saw a sparrow, she would marry a poor man and be very happy. If she saw a goldfinch, she would marry a millionaire.
A love seat is a wide chair. It was first made to seat one woman and her wide dress. Later, the love seat or courting seat had two sections, often in an S-shape. In this way, a couple could sit together -- but not too closely!
May the sun bring you new enery by day...
May the moon softly restore you by night...
May the rain wash away your worries
May the breeze blow new strength into your spirit...
May you walk gently through the world and know beauty all the days of your life...... "You may not be her first, her last, or her only. She loved before she may love again. But if she loves you now, what else matters?
She's not perfect - you aren't either, and the two of you may never be perfect together but if she can make you laugh, cause you to think twice, and admit to being human and making mistakes, hold onto her and give her the most you can.
She may not be thinking about you every second of the day, but she will give you a part of her that she knows you can break - her heart. So don't hurt her, don't change her, don't analyze and don't expect more than she can give. Smile when she makes you happy, let her know when she makes you mad, and miss her when she's not there." Bob Marley
Bob Marley's Love Story
"Only once in your life, I truly believe, you find someone who can completely turn your world around. You tell them things that you’ve never shared with another soul and they absorb everything you say and actually want to hear more. You share hopes for the future, dreams that will never come true, goals that were never achieved and the many disappointments life has thrown at you.
When something wonderful happens, you can't wait to tell them about it, knowing they will share in your excitement. They are not embarrassed to cry with you when you are hurting or laugh with you when you make a fool of yourself. Never do they hurt your feelings or make you feel like you are not good enough, but rather they build you up and show you the things about yourself that make you special and even beautiful.
There is never any pressure, jealousy or competition but only a quiet calmness when they are around. You can be yourself and not worry about what they will think of you because they love you for who you are. The things that seem insignificant to most people such as a note, song or walk become invaluable treasures kept safe in your heart to cherish forever.
Memories of your childhood come back and are so clear and vivid it’s like being young again. Colours seem brighter and more brilliant. Laughter seems part of daily life where before it was infrequent or didn’t exist at all. A phone call or two during the day helps to get you through a long day’s work and always brings a smile to your face.
In their presence, there’s no need for continuous conversation, but you find you’re quite content in just having them nearby. Things that never interested you before become fascinating because you know they are important to this person who is so special to you. You think of this person on every occasion and in everything you do.
Simple things bring them to mind like a pale blue sky, gentle wind or even a storm cloud on the horizon. You open your heart knowing that there’s a chance it may be broken one day and in opening your heart, you experience a love and joy that you never dreamed possible.
You find that being vulnerable is the only way to allow your heart to feel true pleasure that’s so real it scares you. You find strength in knowing you have a true friend and possibly a soul mate who will remain loyal to the end. Life seems completely different, exciting and worthwhile. Your only hope and security is in knowing that they are a part of your life." Bob Marley
* "The truth is, everyone is going to hurt you. You just got to find the ones worth suffering for". Bob Marley 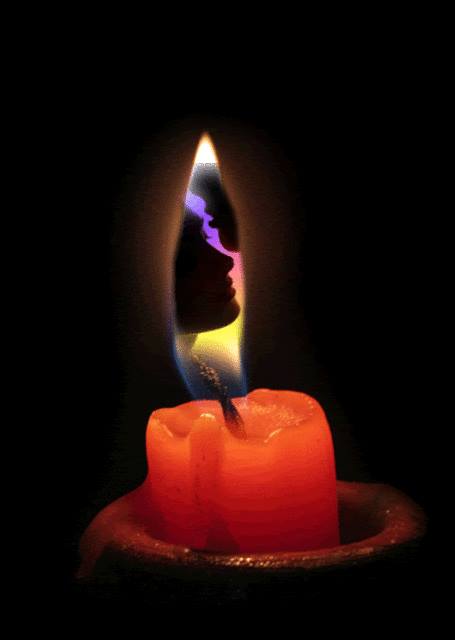 Love is the most wonderful feeling a man or woman can experience...It holds no one hostage...it gives them the inner strength to be at peace..no matter what life throws at them...there is no drama in love...there are no untouched areas...even if deaf....it brings sound....even if blind...it sends visible light...it is the ultimate of senses...love...it brings one to their knees...yet rises above the clouds of day...and the darkest of nights...it is a joy that can not be altered...nor described in words..God gave this as a gift..to share...there is no monetary value involved...you cannot spend it in a store...you can share it with those you choose...and if you use it wisely...and value it...it comes back to you ten fold...it is a gift from God... 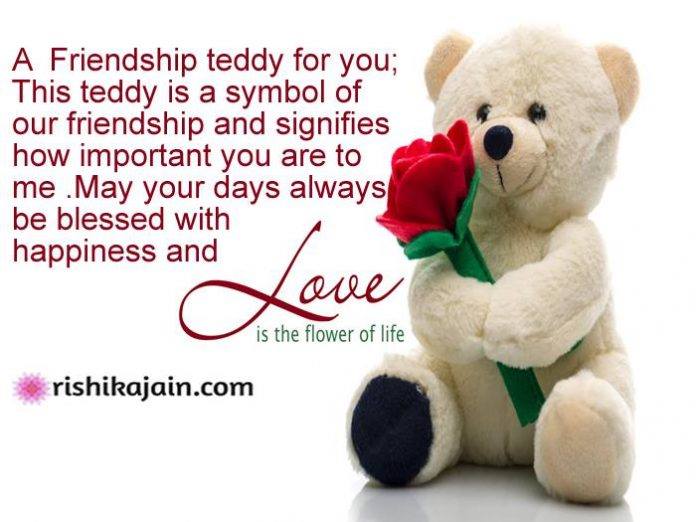 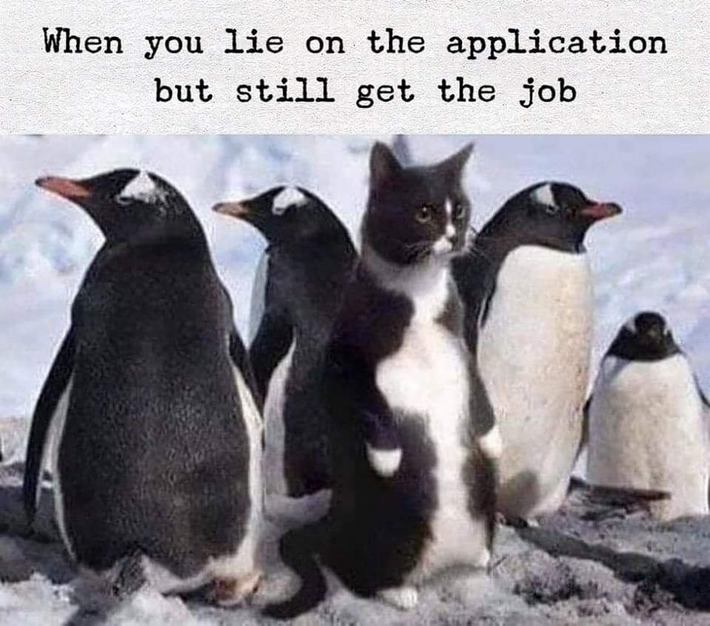 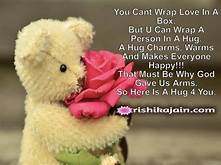 Marie Bolt left a comment for Hippy
6 hours ago

Marie Bolt left a comment for Nanny
6 hours ago

Marie Bolt left a comment for chipp
6 hours ago

Marie Bolt left a comment for SunKat
6 hours ago

Marie Bolt left a comment for LADYM
6 hours ago

Marie Bolt left a comment for Joyfulldy
6 hours ago

Marie Bolt left a comment for Ildiko Figder
6 hours ago

Marie Bolt left a comment for Erzsi
6 hours ago

Marie Bolt left a comment for DIVAPAMELA
6 hours ago

Marie Bolt left a comment for LadyEgypt
6 hours ago

Marie Bolt left a comment for Ira
6 hours ago

Marie Bolt left a comment for Barbara
6 hours ago

Marie Bolt left a comment for Signature Stilettos
6 hours ago

Marie Bolt left a comment for edward alexANDER
6 hours ago