The 1960s Alien Abduction Story That Defined the Genre.

The Classic Alien Abduction.
Pop-cultural depictions of alien abductions have some common elements that are now regarded as clichés. In the typical scenario, gray, almond-eyed extraterrestrials arrive in a saucer-shaped craft that hovers above the ground. A beam or ramp extends, and some poor stunned human gets hauled up into the spaceship to be poked and prodded in the name of science. Once the aliens have finished their experiments, they return the human to earth. Said human will likely have scant memories of the experience, though they may begin to recall details through dreams or hypnosis sessions.

It's all quite standard by now. But this was not the case in 1961, when married couple Barney and Betty Hill reported a terrifying and life-changing evening aboard an intergalactic alien vessel. The Hills' abduction, which had all the hallmarks mentioned above, is now regarded as the first well-documented, widely known UFO encounter in the United States. It has influenced reports of alien contact and served as a template for abduction stories. But did it happen at all?

An Extraterrestrial Encounter.
On the evening of September 19, 1961, Barney, a 39-year-old African American postal worker, Betty, a 42-year-old white social worker, and Delsey, their dachshund, were returning from a spontaneous trip to Niagara Falls and Montreal. The Hills lived in Portsmouth, New Hampshire, and intended to drive late into the night to arrive home around 2 a.m. At about 10:30 p.m., Betty spotted a bright light in the sky that appeared to be moving. The couple pulled over at a rest stop for a closer look. While Delsey took a stroll, Betty grabbed a pair of binoculars. She reported that the light in the sky seemed to be a craft with flashing multicolored lights.

Appropriately unnerved, the Hills got back in their '57 Chevy and zipped toward home. But while they were in New Hampshire's White Mountains range, the aliens descended.

According to Barney, whose memories of the event emerged during hypnotic regression therapy, the "pancake"-shaped spacecraft hovered silently about 100 feet above ground. A beeping noise reverberated off the Hills' car, and the couple felt a tingling sensation. Two hours later, amid more beeping, they found themselves 35 miles south with scant recollection of what had taken place. Shell-shocked, they completed the drive home, where they realized their watches had stopped, Barney’s shoes were scuffed, and Betty’s dress was ripped and coated in pink powder.

Disturbing Dreams and Hypno-Regression.
Details of the Hills' alien encounter surfaced in two forms: Betty's dreams a few days after the event, and Barney and Betty's hypnotic regression sessions in 1964. Betty dreamt of being taken aboard the craft and subjected to scientific testing. The alien examiner, she said, cut off a lock of her hair, took fingernail samples, scraped her skin, and scrutinized her body. Most disturbingly, the otherworldly being jammed a 4- to 6-inch needle into her navel to conduct a pregnancy test. Throughout the examination, the alien communicated with Betty, telepathically, in English.

A week later, again under hypnosis but less worked-up, he said of the abduction: "Well now, in the truthful answer, trying now to not conceal my feelings of being ridiculed, I would say it was something that happened. But I- I- I put a protective coating on myself because I don't want to be ridiculed."

Skepticism and Respectability.
According to Stanton Friedman, a nuclear physicist and UFO researcher, Betty and Barney "were very active in their community, were well respected, and were certainly not seeking publicity when the story broke." Both were members of the NAACP and their local Unitarian church. It was at a church group that the couple first discussed their abduction, in March 1963.

Dr. Benjamin Simon, who conducted the hypnosis sessions, sought primarily to alleviate the Hills' debilitating anxiety and nightmares. Simon concluded that "neither patient is psychotic, and both consciously and under hypnosis told what they believed to be absolute truth."

Some psychiatrists have attributed the Hills' recollections to their past experiences and social context. Under hypnosis, Barney, a World War II veteran, described one of the aliens as looking "like a German Nazi." Other skeptics have pointed to the couple's interracial marriage, which took place at a time when many states still had anti-miscegenation laws. The stress of such a union, they posit, might have caused "racial paranoia" that resulted in anxiety-induced false memories of alien abduction.

Betty's Lifelong UFO Devotion.
After Barney died in 1969, Betty continued to seek out and investigate mysterious lights in the sky. In 1977 she began logging her UFO sightings, which numbered in the thousands. She gave lectures at UFO conferences, met lots of fellow alleged abductees, and ultimately concluded that there were "too many kooks in the UFO field." She announced her retirement from public ufology in 1991. In 1995, she wrote and self-published A Common Sense Approach to UFOs, in which she sought to debunk what she believed to be misconceptions about the alien abduction experience.
"The real abductions are totally different from what you see on TV. The UFO people now, I don't say 'aliens' are people, but they're different from us. There are certain fundamental, physical characteristics which are different. And if a person has really seen one they know it. And the real abductees have never had any need for therapy. And not only that, but every one of them has had changes in their lives of benefit to them. It's been a very positive experience." 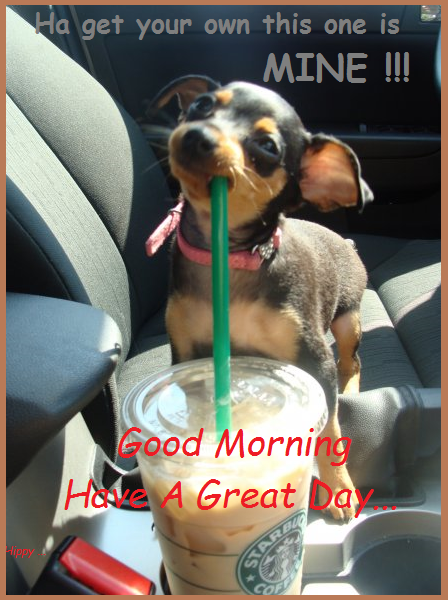 Diamond Love left a comment for Hippy
55 minutes ago

Dee Retz left a comment for Joyfulldy
1 hour ago

Diamond Love left a comment for Hippy
1 hour ago

Diamond Love left a comment for chipp
1 hour ago

Diamond Love left a comment for SunKat
1 hour ago

Dee Retz left a comment for ♑Oriel PHd
1 hour ago

Diamond Love left a comment for LADYM
1 hour ago

Diamond Love left a comment for Ildiko Figder
1 hour ago

Dee Retz left a comment for Ildiko Figder
1 hour ago

Diamond Love left a comment for DIVAPAMELA
1 hour ago

Dee Retz left a comment for Erzsi
1 hour ago

Dee Retz left a comment for Ira
1 hour ago

Dee Retz left a comment for Signature Stilettos
1 hour ago

Diamond Love left a comment for Ira
1 hour ago

Diamond Love left a comment for Barbara
1 hour ago

Dee Retz left a comment for DIVAPAMELA
1 hour ago

Diamond Love left a comment for edward alexANDER
1 hour ago