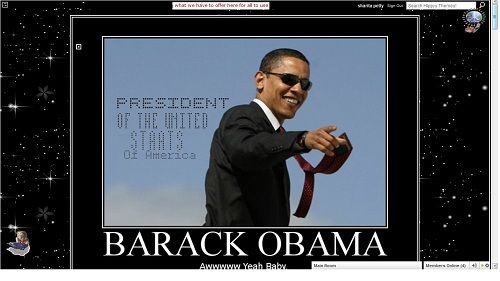 PRESIDENT OBAMA WAS RE-ELECTED AS UNITED STATES LEADER FOR THE NEXT FOUR YEARS, MY VIDEO IS  DONE IN HUMOR.

There are more Lincoln pennies produced than any other coin, which makes the Lincoln cent a memorable item. The penny has survived two world conflicts, one of which changed it significantly, other metals had to be used to replace the copper, because copper plays a vital part in any war effort. Congratulations Mr. Lincoln you are the father of the portrait coin.

George Washington’s claim to fame is when he chopped his fathers English cherry tree with his dandy little hatchet and caused it to die. When he told his father the truth. His Papa said; "George, do you know who has killed my beautiful little cherry tree yonder in the garden?” Little Georgie replied; "I cannot tell a lie, father, you know I cannot tell a lie! I did cut it with my little hatchet.'' Papa’s response; "My son, that you should not be afraid to tell the truth is more to me than a thousand trees! Yes, though they were blossomed with silver and had leaves of the purest gold!''

So here’s what I’m going to do; write something about my favorite president John Kennedy and the one that is a big question mark in my mind, Barack Obama. Good golly miss molly, that aught to do it. By the way, I have already mentioned the first and the 16th.

JFK, was the 35th President of the United States, serving from 1961 until his assassination in 63. I truly believe that if he had lived he would have left his mark as the best president of all time. Had he been able to continue as our leader, there is no doubt in my mind, that the economical crisis and the threat of terrorism would be a thing of the past and eliminated from future concern.

JFK’s assassination was the most shocking event of the 20th century. I was stationed at Pepperell air force base in Long Island New York the day Kennedy was shot and I cried not only for him but for our country.

I remember when PT-109 was sunk in the Solomon Islands and the heroic rescue of his crew.

When he defeated Richard Nixon, Eisenhower’s vice president, he swept into office with a reputation for charm, impatience, wit and vigor. He promised a New Frontier for the American people, a promise he never had a chance to keep.

Well, we have a new President now, Barack Obama, I view him as a black man in diapers (meaning he's got a lot of room for growth). He has been our glorious leader for two months and more jobs have been lost in that time period then in the entire year of 2008. Maybe this means we have to take a fall before we stand. His plan for recovering from recession is failing at every turn in the road, to recover he needs a total commitment from the American people. As far as I can see he’s really good at writing books and making speeches.

On February 10, 2007, Obama announced his candidacy for President of the United States. Throughout the campaign, Obama emphasized the issues of rapidly ending the Iraq War, increasing energy independence and providing universal health care.

Ildiko Figder left a comment for Hippy
1 hour ago

Ildiko Figder left a comment for Nanny
1 hour ago